Snakes on the Mind 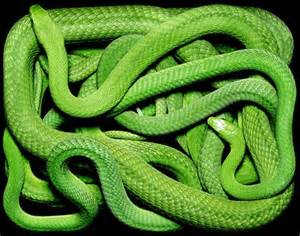 I read an article recently about Hollywood putting together the next installment in the “Escape from…” adventures of one Snake Plissken.

The writer was saying there are probably a few current actors who could pull off the role made famous by Kurt Russell in the original two episodes.

So he presented the four that he thought would be good and invited the readers to voice their opinions over who would be the best Snake around.

There were two thousand plus comments and the vote seemed pretty much unanimous: Kurt Russell is the only viable choice for Snake.

He’s still young enough to play the character and – from what I hear – he is willing to reprise his role.

Who else could portray snarling arrogance as well?

And most of the responders also said if it didn’t have Kurt, they didn’t want to see it.

After Hollywood’s marvelous success with remaking such things, you’d have thought the studios would have learned a few lessons.

Gate to Hell found in Turkey

Archaeologists have found the ancient gateway to the kingdom of the underworld, ruled by the god Hades.

I thought it was probably an April Fool’s joke… but maybe not.

Either way, it reminded me of the story I wrote called “Assault on Hell” (soon to be a finished novel!!) but my gate was located in St. Peter’s Square in Rome rather than the Phrygian plains of Turkey.

Such a fascinating period of history.